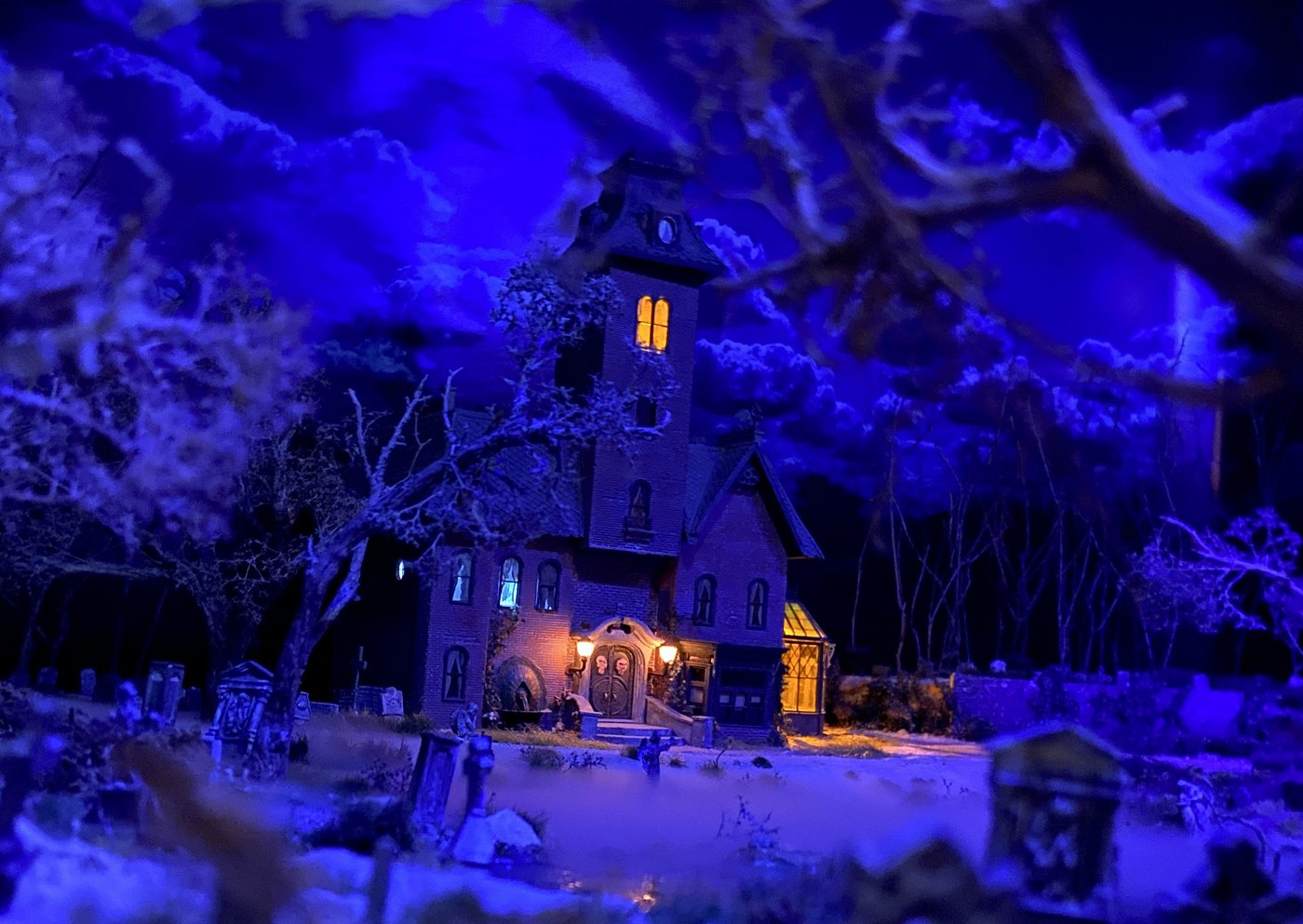 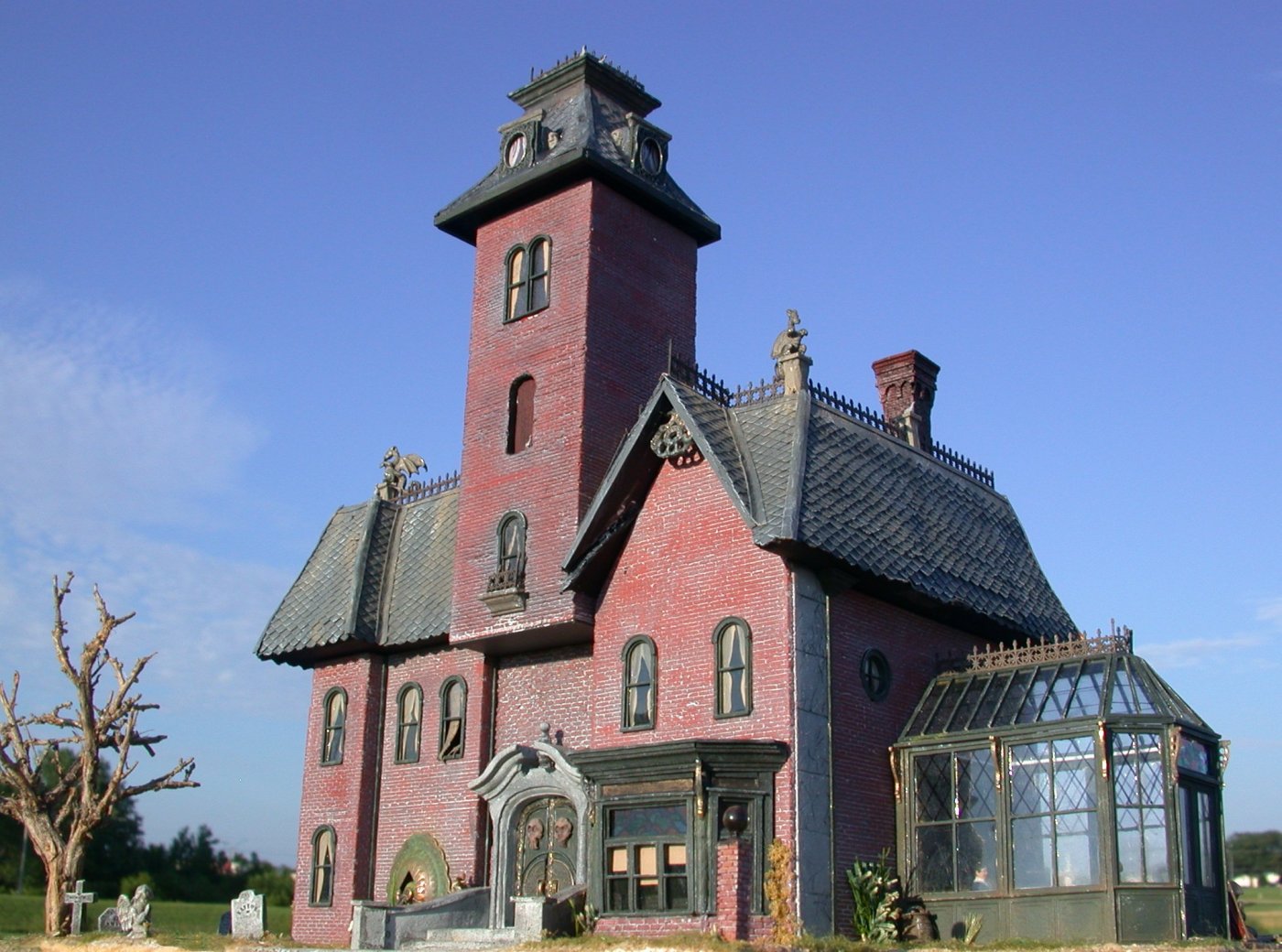 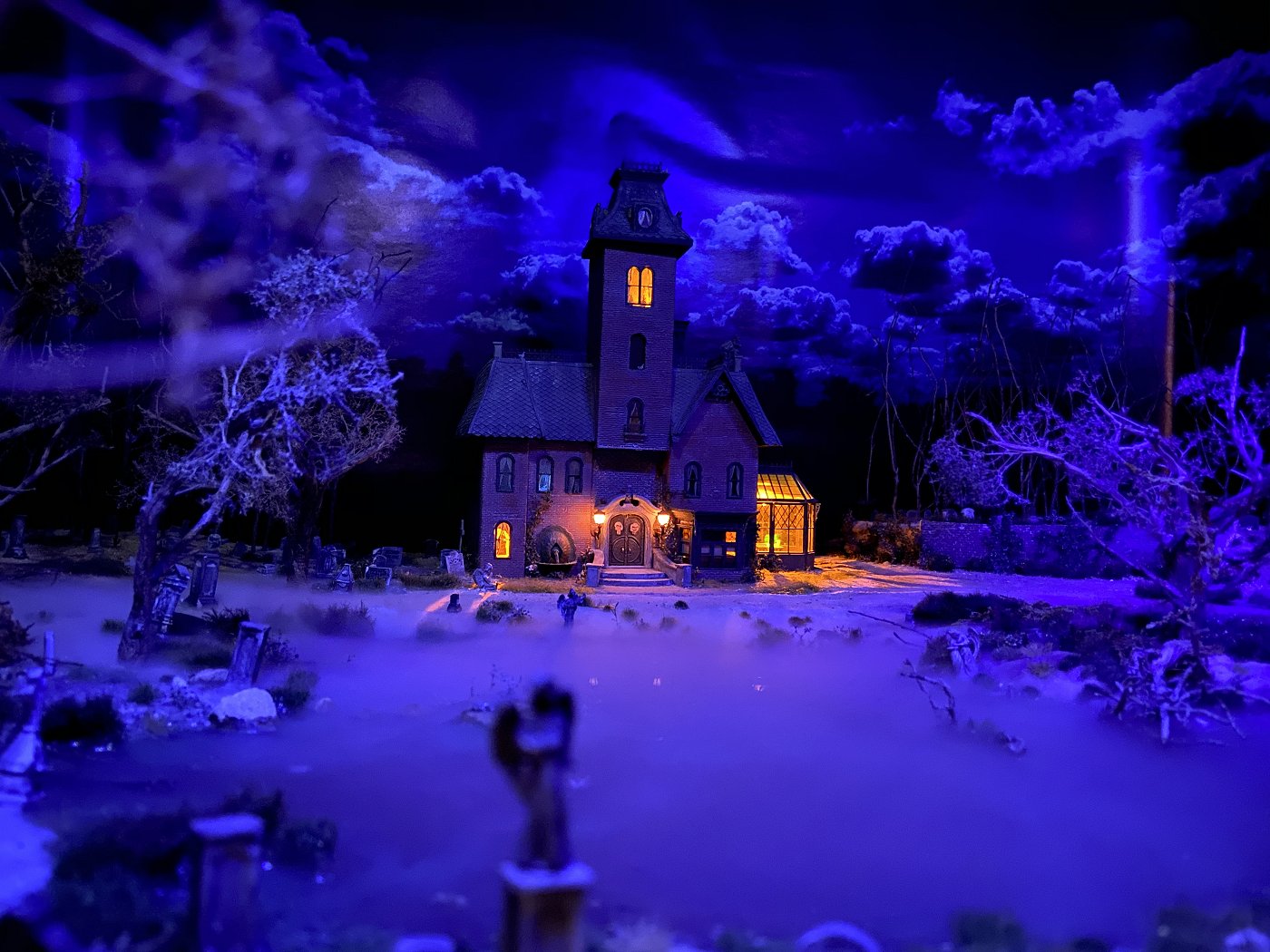 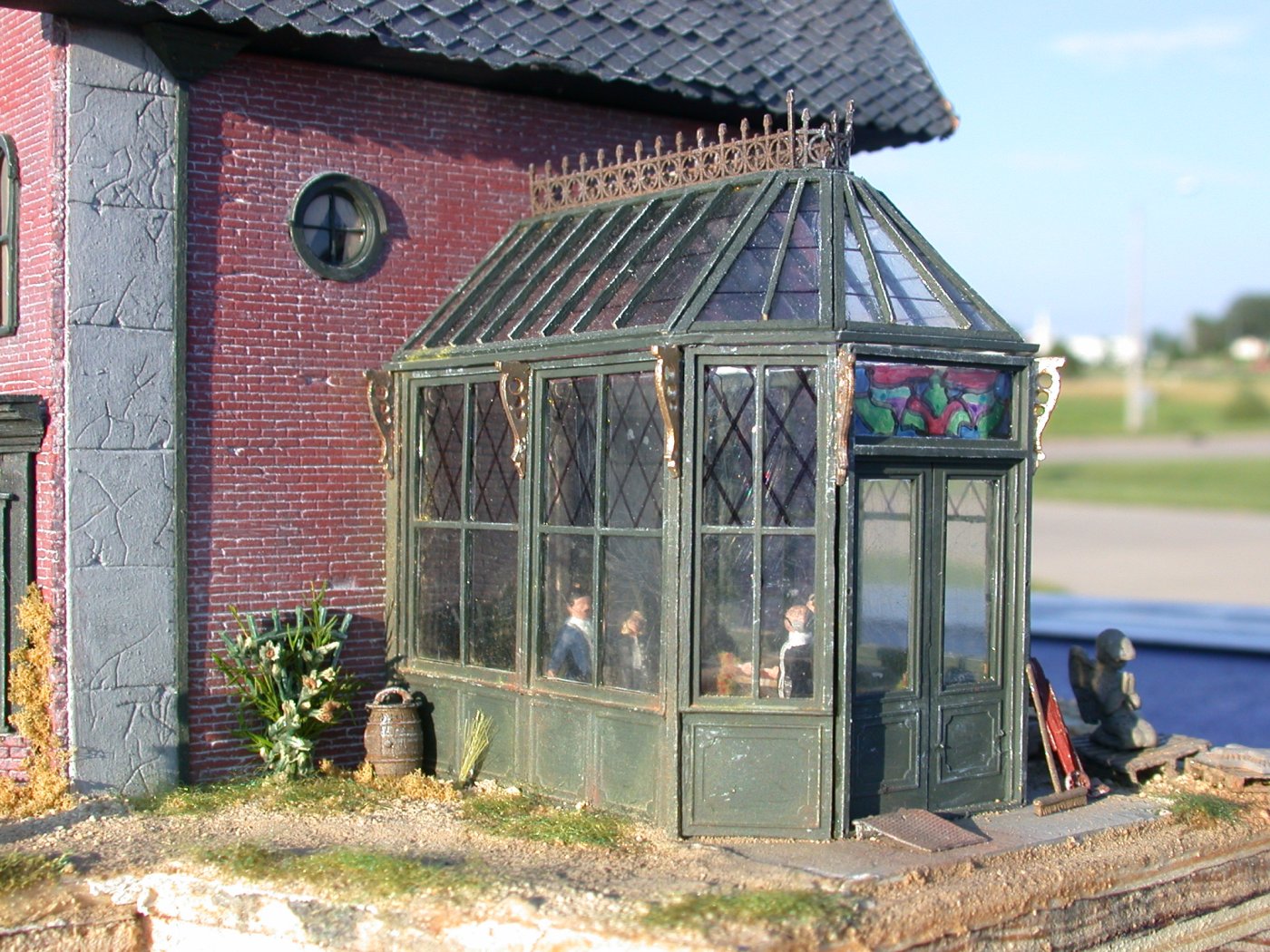 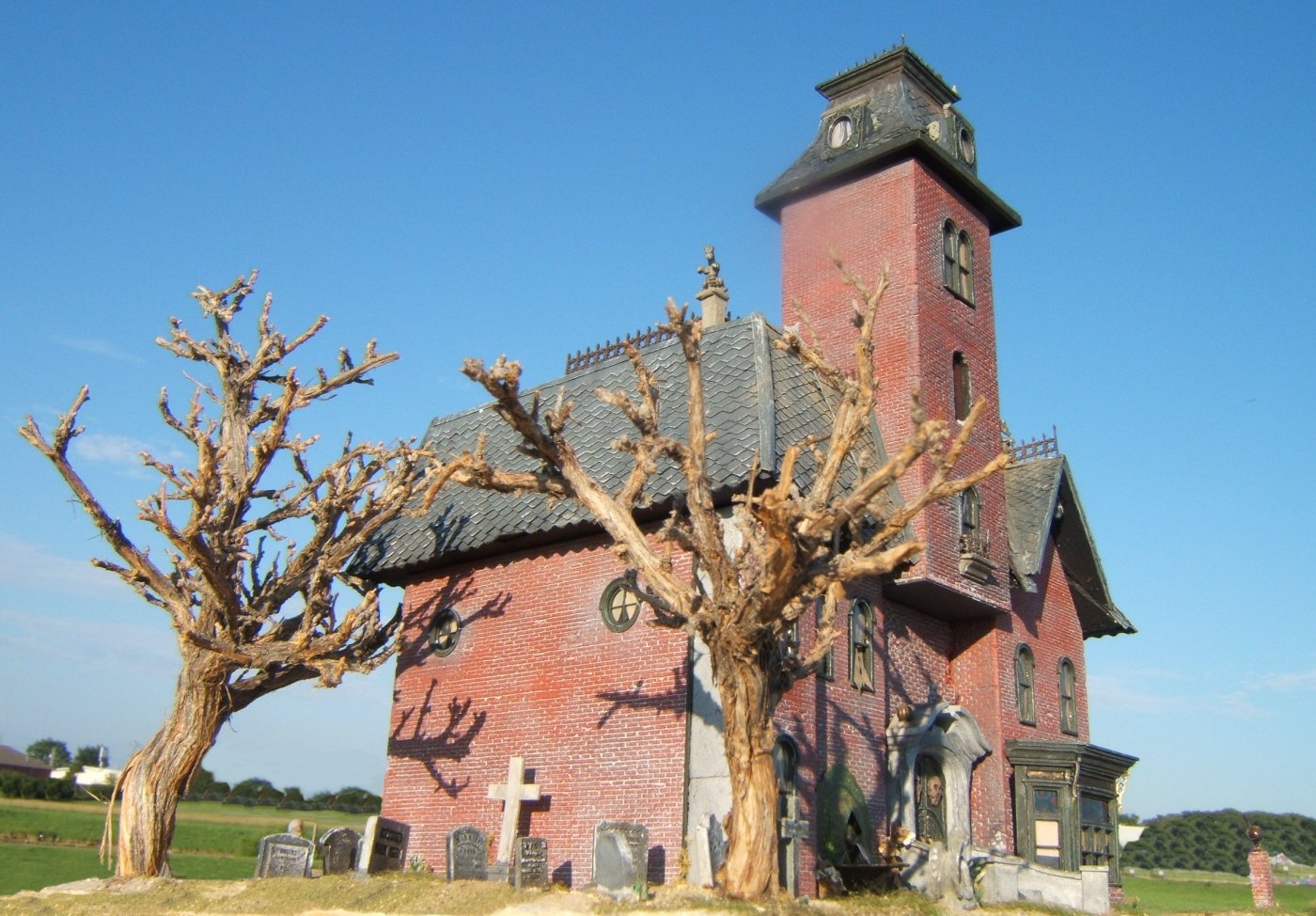 Fall is here and that means Halloween is rapidly approaching.  And Halloween plus model building equals my Grimm’s Mansion Diorama.  I had posted a lot of information on building Grimm’s Mansion on the old version of this site, but over 10 years has gone by since then and there have been many changes with Grimm’s since then.  So, I’ve started reworking all of the old Grimm’s photographs and info and have decided to roll things out in order.  I’ll star by posting two new Grimm’s Galleries; one focusing on the original model and tiny diorama and the other focusing on the model in it’s new spooky Diorama Case.  After those are up I plan to add some large Galleries in the “Extras” section that show the behind the scenes building and creation of both the model and the diorama environment.  It’ll be creepy cool, with loads of big pictures and some behind-the-scenes notes on the build.  But before I get ahead of myself, head over to the Gallery, Click on “My Work” and check out the two new Grimm’s photo Galleries!  Enjoy!

One thought on Bringing Grimm’s Back