THE GRIMM'S HAUNTED MANSION SAGA BEGINS WITH THIS SCRATCH & BASH

Way back in 2009 Randy at Downtown Deco decided to run a contest with his latest kit: Grimm's Funeral Home.  Being a fan of haunted mansions, building kits and contests, I snapped one up right away.  I was doing some plaster casting back at the time and decided to go for a kitbash of Randy's kit.  So, I changed up the front tower, added the bay window and conservatory and set out to add lots of creepy details.  This gallery has the final pictures taken after the kit was finished.

I won second in the contest and had a photo published in the Narrow Gauge and Short Line Gazette, which was  a huge thrill since it was my first published photo.  The biggest lesson I took away from the build was actually about photography.  Randy and the other contest judges were looking for a dark, moody, atmospheric picture and ironically, all three winners sent in pictures taken in broad daylight.  I should have known better.  But I learned my lesson!  And as you'll see in the next Grimm's Gallery, things get much darker, much more moody, and much more atmospheric!     .~MCG

This was one of the contest pictures I turned in. Nice overview.

Not sure I'd knock on those front doors...

From the skulls on the front door to the gargoyles on the roof, spooky details abound!

The tower is watching you

Creepy details give the tower a "face" look. The slate mansard roof was a design change.

Low angle shots for the win

I love this low angle shot. Wish I chose a better background though!

Funeral for a friend?

The conservatory is busy with a not very well attended funeral.

The bay window was scratched and bashed and is another kit addition.

The stair was a scratchbuilt addition.

Shadows can really add some realism to shots - which is why outdoors is the best place to shoot.

The conservatory just had to be added to the kit.

Arial view of the cemetery

Arial view of the Model

3/4" plywood base and I have no idea how I ended up with the shape! 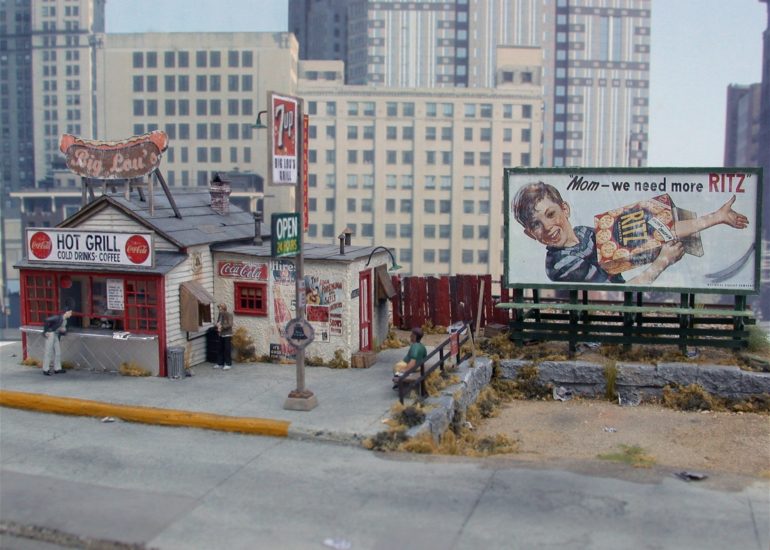 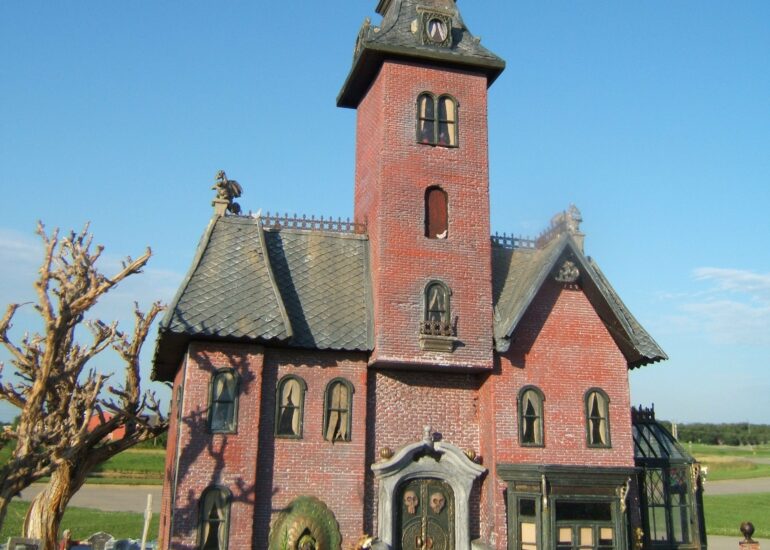 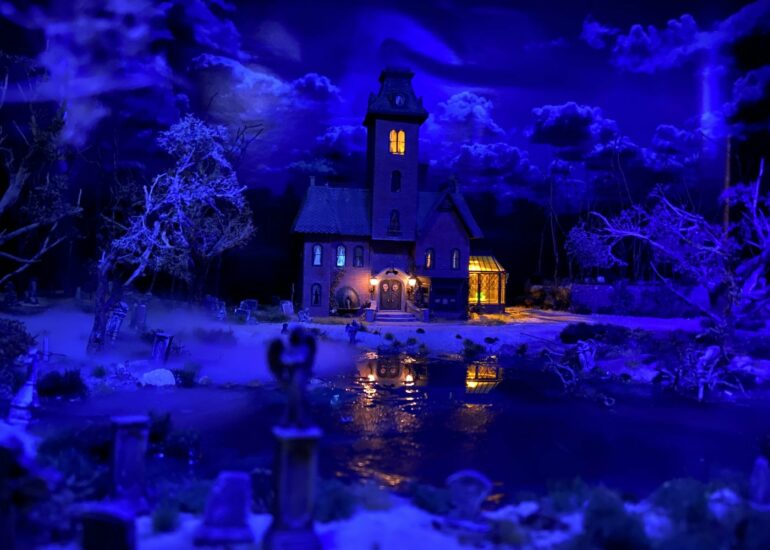 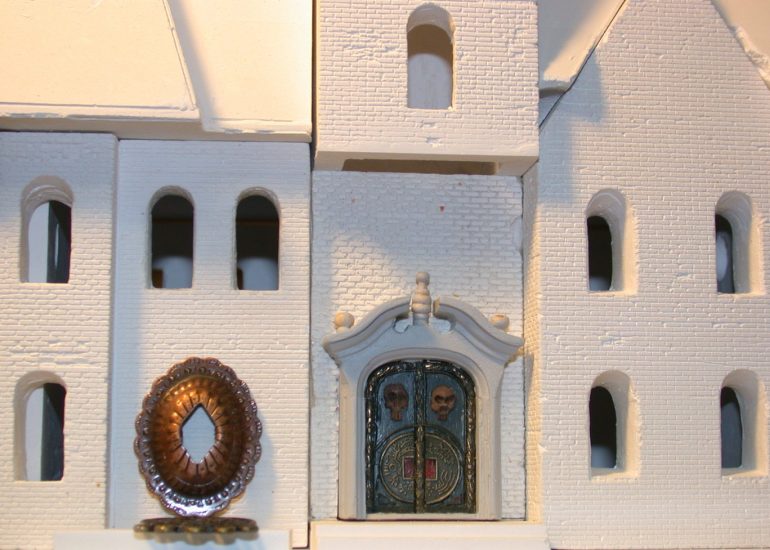 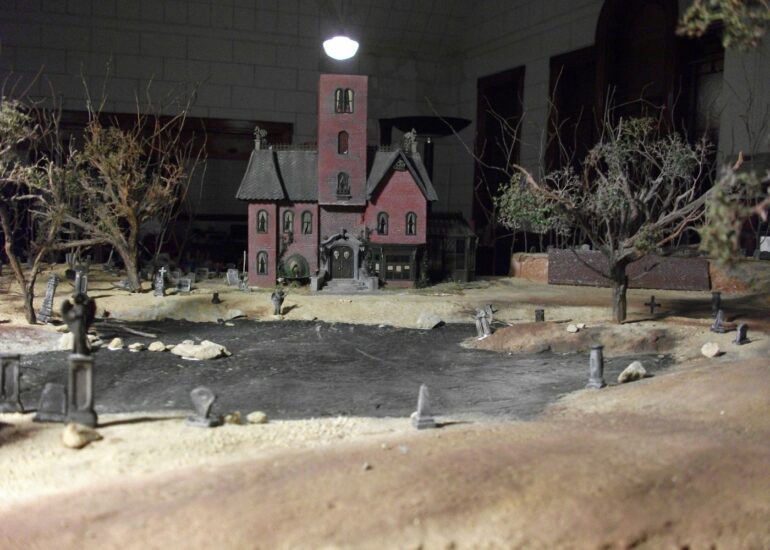 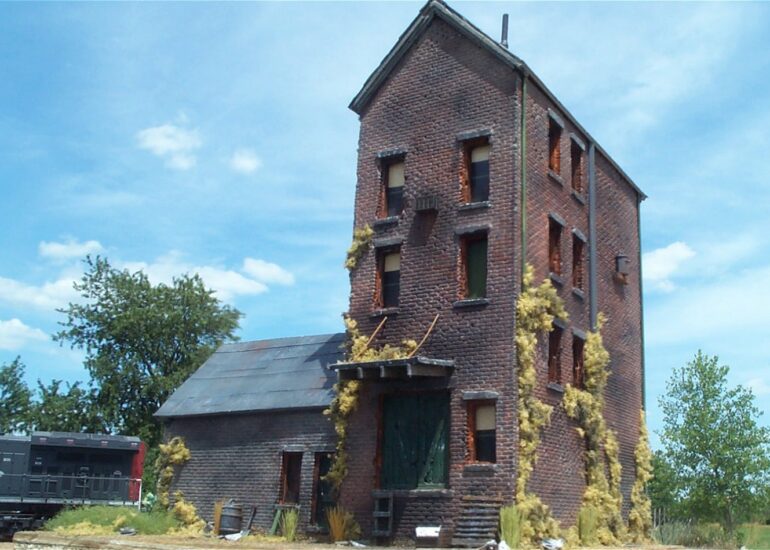 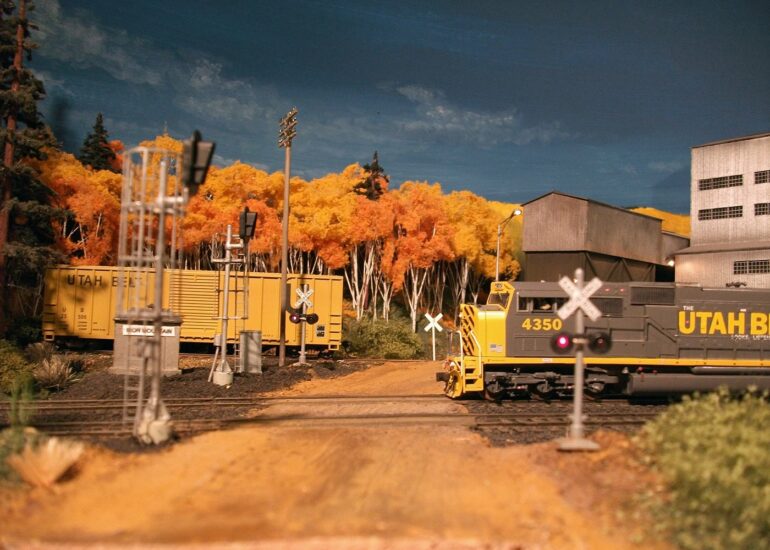 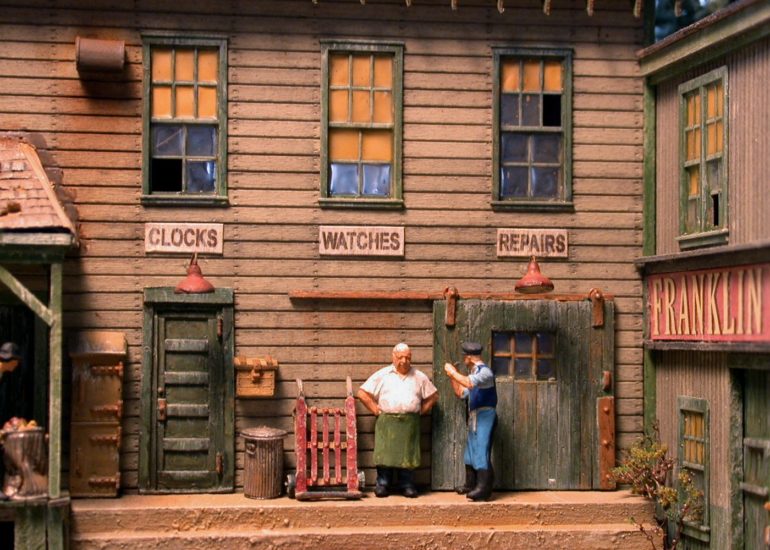 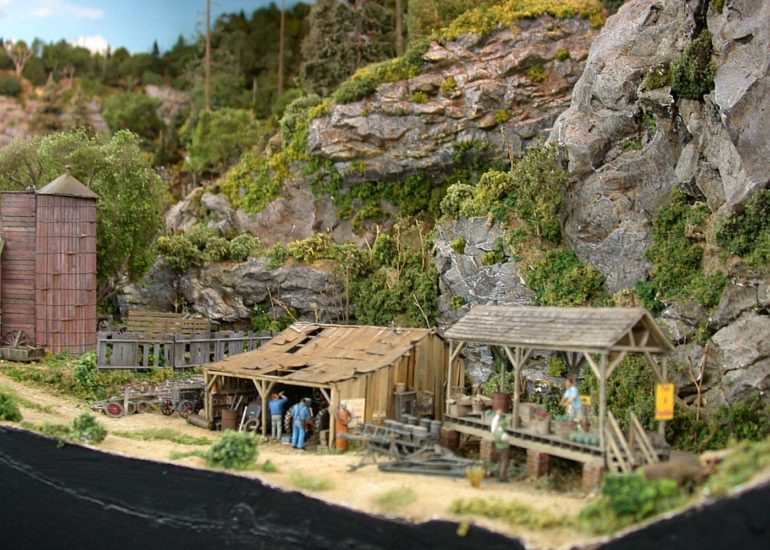 Big Lou’s Behind the Scenes 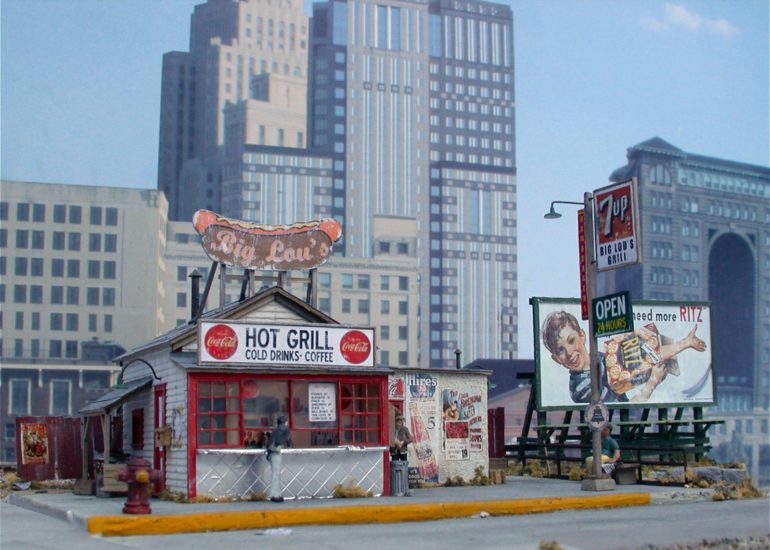